On July 31, 2019 at approximately 3:30 PM on a beautiful summer day at Murnane Field in Utica, Hamburg Post 527 was crowned the Department of New York American Legion Baseball Champions.

At that time nob 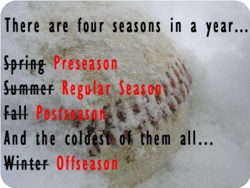 ody envisioned that the next American Legion Baseball game in New York State would be played 685 days later. It has certainly been a LONG offseason.

Opening day has arrived throughout the State.  As high schools wrap up their delayed and altered seasons, American Legion Baseball is getting underway.

While the season is starting a bit later than normal, the end will be both familiar and unfamiliar.  Familiar as it will culminate in the Department Championship Tournament beginning on July 24th.  Unfamiliar as the Tournament will not be at Murnane Field in Utica where it has been played 16 out of the last 18 seasons.  The Tournament will be held at the Cantine Veterans Memorial Complex in Saugerties where a new Champion will be crowned.

Thanks to all the volunteers including the coaches and administrators that have worked diligently to get kids back on the field.